Firmware Ver.1.10 for the Z 9 will greatly improve the duration for high-speed continuous shooting, further supporting the capture of decisive moments for fast-moving subjects in high resolution.

Additionally, a future firmware update will add variety of video functions as well as further improvements in operability and functionality for both stills and videos. 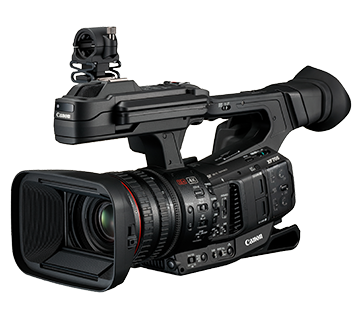 The flagship model of Canon's highly-reputed XF series, the XF705 is Canon’s first camera to support H.265/HEVC, an encoding format that enables more efficient recording of
4K UHD 50p/60p footage into an SD card. Users can also simultaneously output a 4K signal to an external recorder during recordings with the new 12G-SDI interface. The lens is from Canon ’s ultra-high-performance, premium-quality
L series and covers a 15x optical zoom range, providing high-resolution images with minimal distortion and color aberration—traits that are ideal for 4K capture. During manual focusing, information from the high-speed, high-precision Dual pixel CMOS AF system is used to display a focus guide that informs users of the exact focusing position, enabling the highly accurate focus operation necessary for professional quality footage. 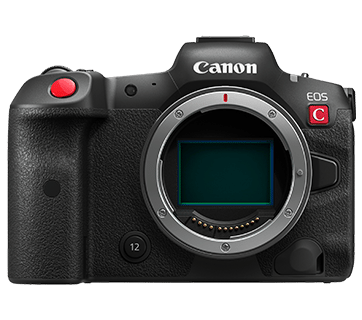 A Union of Systems

Explore the best of both worlds in video production and stills photography with the new EOS R5 C, a mirrorless hybrid camera with the capabilities of CINEMA EOS and EOS R system. A compact and lightweight system with 8K/60P resolution video recording is born. The all-new internal cooling fan system allows continuous internal recording in various file formats, including Cinema RAW Light, XF-AVC, and MP4. 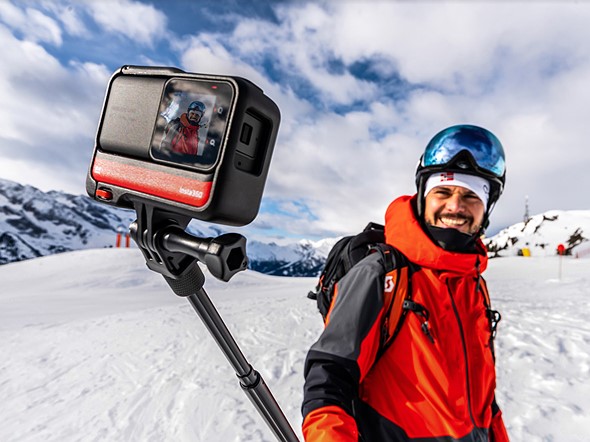 Insta360 has announced the Insta360 ONE RS interchangeable lens action camera. Like the Insta360 One R, the new ONE RS utilizes a modular design. The action camera comprises three main parts, the battery, the processor and three quick-swapping lenses. The camera can swap between being a traditional action camera and a 360-degree camera. The Insta360 ONE RS features a new high-performance 4K Boost Lens that features a 1/2"-type 48MP image sensor, promising highly detailed wide-angle photos and videos. An improved 'Core' delivers better in-camera stabilization, crisper audio and more. The new 4K Boost Lens and the new Core are cross-compatible with the previous ONE R generation, allowing existing users to upgrade to the latest components.

Cross-compatibility goes both ways, as the ONE RS can use the existing 5.7K 360 Lens and the 5.3K 1-inch Wide Angle Lens, which is co-engineered with Leica and includes a 1"-type image sensor for improved image quality. Regardless of the lens used, the action camera is tough. It is waterproof down to 5m (16').

The new 4K Boost Lens is designed for athletes, adventurers and creators and shoots 4K/60p video and 48MP still images. The F2.4 lens has a 35mm equivalent focal length of 16mm. There are two modes available on the 4K Boost Lens, including Active HDR and 6K Widescreen mode. The Active HDR mode allows users to have an improved dynamic range without introducing ghosting. Active HDR keeps your footage stabilized as you move. 6K Widescreen Mode records 6K footage in a 2.35:1 ratio, taking advantage of the full width of the 48MP image sensor.

The ONE RS features a rugged design and IPX8 waterproofing. The new core includes some compelling upgrades, including an additional mic, 50% faster Wi-Fi, an Instant Zoom function to digitally zoom up to 2.7x during recording, and a Quick menu that offers easy access to preset shooting modes. The Mounting Bracket is also redesigned, featuring a quick release mechanism for switching lenses on the fly, a windproof mic cover, and a heat-dissipating panel to ensure the camera stays cool during extended recording.

The modular Insta360 ONE RS is available to preorder via Insta360.com, select retailers and Amazon US. Since it's modular, there are many different purchasing options. The Twin Edition includes the ONE RS Core, 4K Boost Lens and 360 Lens for $549.99. If you want to upgrade from existing ONE R products, the 4K Edition is $299.99, and the 1-Inch Edition is $549.99. The Core, battery and Mounting Bracket are also available as a separate bundle. Support for the ONE R Core and the 4K Boost Lens will come in a post-launch firmware update.